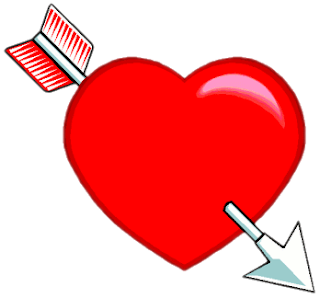 ... but I. Can't. Help. Falling in love with... You.
What's your "favorite" stock? Do you have one? Sure you do! It might be the one that's made you the most money. But it's more likely to be the one that makes you feel the best about yourself. Of course, often that's the same stock.
At the top of my list would have to be Coach (COH, NYSE). I've owned it for a while, and have been enjoying its 60+% gain in 2010. So when I had CNBC on one afternoon and I heard them mention my beloved, I naturally perked up. It was noted chartist, Carter Worth, saying about Coach, and I quote, "time to unload".
I'm trained as a psychologist so I'm introspective. (Horribly, painfully introspective...) As such, I noticed a subtle emotional reaction that went unverbalized. But if it were verbalized it would have sounded like this:
"What? No way! It can't be over! This stock is awesome. This COMPANY is awesome. It deserves a high multiple. Overextended, my arse! How dare you bad mouth my Coach, Carter Worth! How dare you, sir!"

A few seconds passed, at which point I had a reaction to my initial reaction that went something like this: "Wow. Where the hell did THAT come from?"
In fact, I have enormous respect for Carter Worth's opinions. (And his name. That's a really cool name for a stock analyst.) And he was saying something meaningful (and not altogether terrible) about a position I own. I should be listening and absorbing his comments, not attempting to swat them away. What gives?
It is important to recognize that when we make an investment in a stock, we do not make merely a financial investment, we make an emotional investment. And you'd better be able to recognize the nature of that emotional investment and its consequent EROI (Emotional Return on Investment), or you are at serious risk for losing your money.
What was my particular emotional return? There were a bunch. 1) This stock has performed well for me. (It makes me feel good). 2) I have recommended it (casually, non-professionally) to other people and it has done well for them. (It made me look good.) 3) During some pretty dark investment times, this holding was an equalizer that made up for other losing positions. (It redeemed me.) 4) You can even trace the roots back 30 years. When I was 10, my mother bought be a Coach belt. She said, "It's expensive, but it's worth it." She was right. It's lasted to this day and outlived numerous others bought after it. I'm serious. This is the Methuselah of belts. If I dropped 15 lbs, I could wear it tomorrow. (It impressed me.) 5) My wife loves their products and so she loves Coach too! (I can share it with people.)
(NOTE: I also know from taking MarketPsych's Investor Personality Test that I am an Extrovert. MarketPsych research shows that one of the biggest traps for Investing Extroverts is that they don't know when the party is over. Extroverts (like me) tend to be too optimistic at times and give back big gains by failing to take profits. Please see click above to learn more about yourself.)

But back to the EROI; should you feel angry or even slightly annoyed if someone says something you don't like about a holding? Of course not. It's a stock, not your wife (or for that matter your husband, your kids, or your faithful golden retreiver). If somebody wants to deliver a littany of shortcomings, flaws or generally negative "observations" about your wife ("she's ugly", "she's stupid", "she dresses like a colorblind prostitute") that person deserves to be interrupted with a punch to the stomach.

But if someone wants to critique or even badmouth your stock choice, there is never a reason to feel insulted or threatened. And if you do, that is a surefire indicator that you have something other than money invested in that stock. You've invested your ego and your sense of well-being. And THAT's what's really being threatened. It also means you're at serious risk for serving those emotional needs to the detriment of your financial needs.

And unlike your wife, the stock has zero loyalty to you. You can't marry a stock. Not even in California. This entity didn't swear an oath to love you through sickness and health 'til death do you part. So why would you confer such loyalty onto one? The stock doesn't even know you exist. And probably wouldn't care if it did.

So if you want to have a better 2011 in the markets, be aware of your own defensiveness. Listen to your gut. If it tells you you're being threatened or insulted, take notice. It's a sign you may have fallen in love with your stock and are poised to make a mistake that will cost you dearly. And feel free to check out our award-winning book, MarketPsych: How to Manage Fear and Build Your Investor Identity for more ways to master the markets.